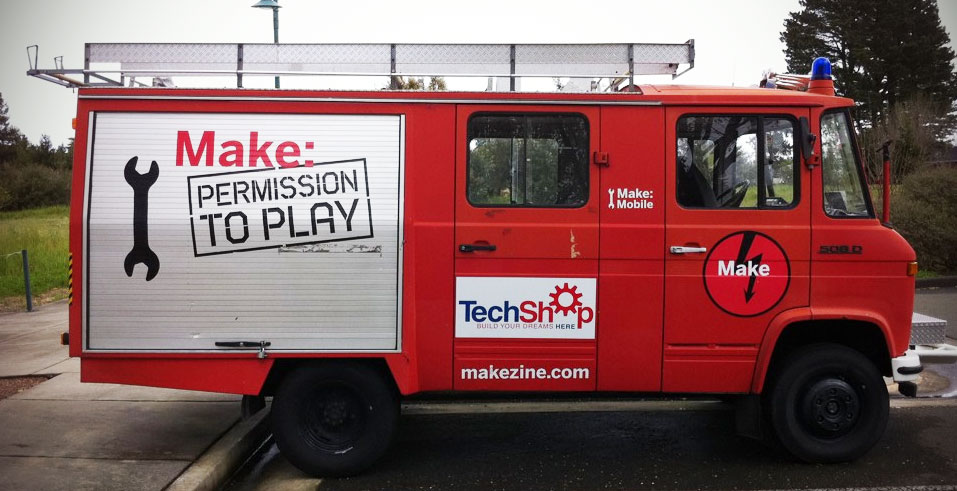 So, the word is mostly out, but there might be a few that have yet to hear the news. Tuesday, I was offered a job with Maker Media, a division of O’Reilly publishing in Sebastopol, California.

I know, I’m still reeling too. A month ago, I would have told you that I had no intention to move, I wasn’t even really looking at other jobs. But, something about this job posting stuck out to me… About six months ago, there was a similar job posting, and I passed up on it, my rational being that there was no way that we could/would move from our home. This time around, I thought what the heck, I might as well apply. If I got an interview, it would be interesting to se how I stack up.

After submitting my resumé, I got an email back just a few hours later wanting to set up a phone interview for the next day. I was excited and had a great time talking with HR person at O’Reilly. A week passed, and soon I was interviewing with the Creative Director, and the and editor from the magazine. After hanging up that phone, I was called back, and invited out to California for an in person interview.

Through all of this up that point, Melissa and I kept going back and forth saying, “We are going to tell them no right?” The idea of moving to California was something that was becoming a bit more of a reality. And, was growing on us.

A week later, I in Sebastopol, looking at houses, and trying to get the lay of the land. I had the awesome chance to interview with Dale Dougherty, partner and co-founder of O’Reilly. It was amazing to talk to him, and to see his vision of Make Magazine, and the impact that it can have, notably in education.

After coming home, and accepting the job, Melissa and I are packing the house, and getting ready to move. We are sad to be leaving a great neighborhood, with people that we love dearly, but are excited at the prospects that we can find in this new career path.

To Utah, we will miss you dearly!

To California, we can’t wait to see you!