Congratulations #Facebook on the new data center in Eagle Mountain, #Utah. Of course, #DigitalMediaUVU has a major interest with our internship program with you. Welcome! 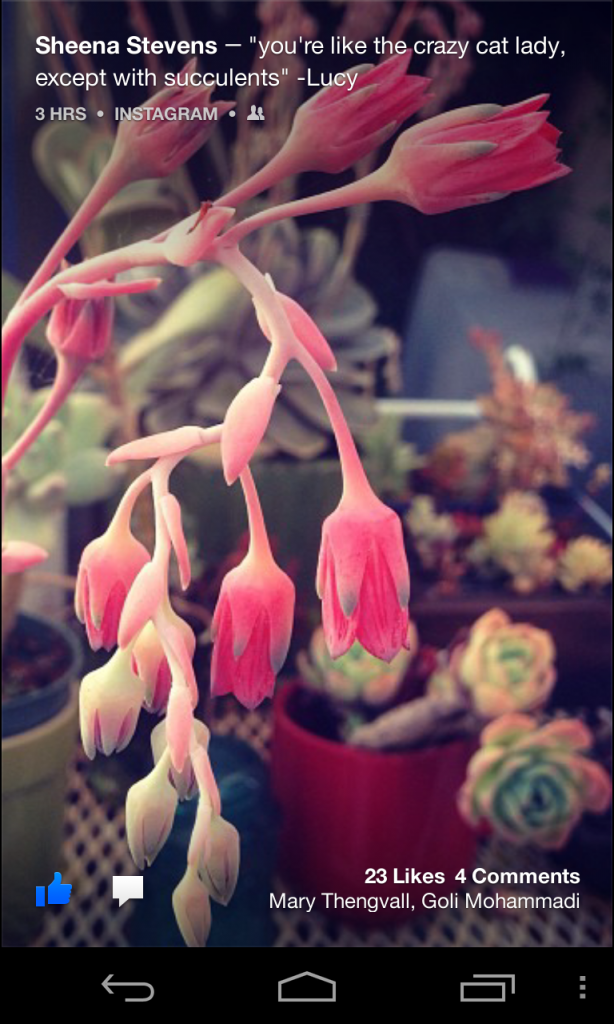 In (eager) anticipation of getting Google Glass on Saturday, I ordered up a fancy schmanzy Google Nexus 4. I wanted to try out Facebook Home but was disappointed that it wasn’t inline with the supported devices. Luckily, there are some enterprising folks out there that have gone through the difficult work of opening up the software to other phones.

You can install Facebook home in three simple steps.

After that, you are all set! Launch Facebook, and allow it to take over the home screen. Pretty cool, and a nice new Android interface.

A week or two ago, all the buzz on the internet was Turntable.fm. I loved the concept. It was a place where you could place music with other people. There were a few ideas that really stood out to me about it.

First, to get online, you had a sign in with Facebook. In this day, that isn’t uncommon, as lots of sites reach into your social graph for membership. Turntable.fm didn’t just check for a Facebook account to let you in, they checked to see if you had a friend that was already a member. Interesting way to virally spread a new service. Make sure that everyone has at last one friend that is a member. I would love to see their growth statistics to see how exponential it was.

When you get in, you can pick a room based on titles. Immediately, I started a room called electronic and started playing a track that was down tempo, and had a nice groove. After 15 seconds, the track stopped, and I was alerted that if there was no one else in the room, the music stops. Turntable.fm doesn’t want you to be alone, and reminds you that this is a group listening environment, a place to play music with other people. I changed to URL to chill, and found a room with a three other DJs playing some tunes that were music to my ears. What really stood out to me was a song called Ramblin, Man by a band called Lemon Jelly.

I loved the song, and downloaded the album right away. Apparently a British band that released a few albums in the late nineties/early 2000s. Ramblin, Man comes from the 2002 album, Lost Horizons.

This album has a bunch of really great tracks. Nice Weather for Ducks, and Space Walk are among my favorites. There is a part of Space Walk that makes me smile every time I hear it.

Back to turntable.fm… I love the idea of sharing music socially. While I was hanging out on the #Utah channel the other day with a bunch of friends, It reminded me of a modern mix tape, where everyone is a contributor. Love the concept, love the artwork, and I hope to see you all there soon.