For those that don’t know, I went to school at UVU and got a B.S. degree in Digital Media, my emphasis was Digital Cinema, and TV production. While in school, we were continually taught about the sequence approach to screen writing. A book that I read then, and reread recently is Screenwriting: The Sequence Approach

. We had a class that was taught by Paul and Alex Nibley called Film Production Analysis, an awfully boring name, but the highlight of the years that I spent in school. We analyzed films, and looked into how the sequence approach aided the story.

When the announcement went out for Ignite Sebastopol 8 a few months ago, I signed up, wanting to share one of my favorite movies, and analyze the story a little bit. The video will be out soon, but here is the script that I went from. For those that aren’t familiar with Ignite, you prepare 20 slides that advance automatically every 15 seconds. The goal is to enlighten the audience, but make it quick. 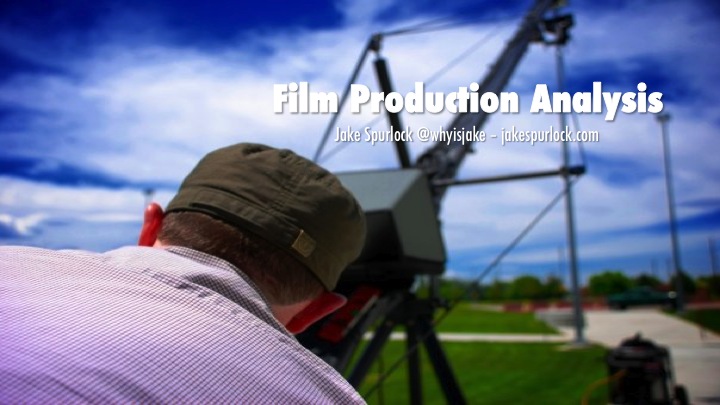 Hi, my name is Jake Spurlock, and I love movies. I went to film school once upon a time where I paid a lot of money to watch movies, shoot terrible ones with my friends, and dream of golden idols. I want to talk about film structure, and how you could critique a movie, (like a film student). 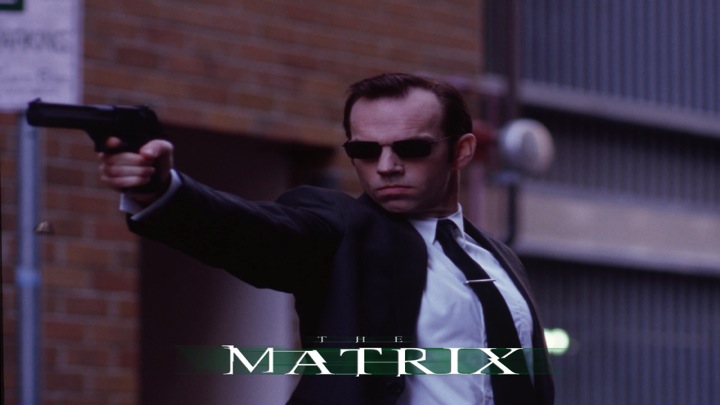 So, let’s get into it. I want to talk about the three acts of a story, and then how Frank Daniel created the idea of eight sequences. From there, we’ll look into how they fit into one of my favorite movies. 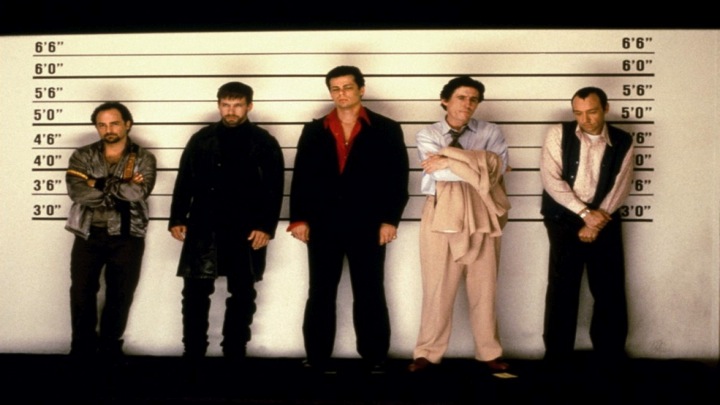 Act I comprises the first quarter of the screenplay. In this act, the exposition takes place and includes the introduction of the protagonist, and establishes the premise. The inciting incident occurs approximately halfway through the first act. 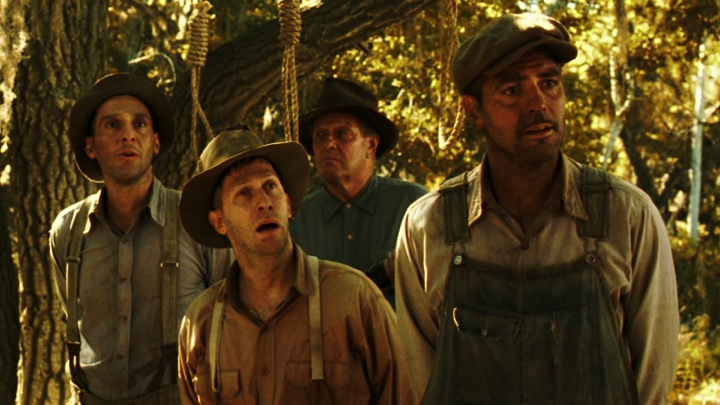 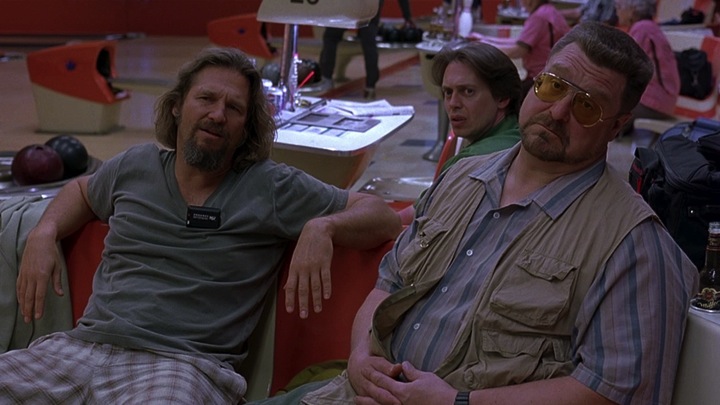 Act III comprises the final quarter of the film. The climax occurs as well as the dénouement, a brief period of calm at the end of the film where a state of equilibrium returns. 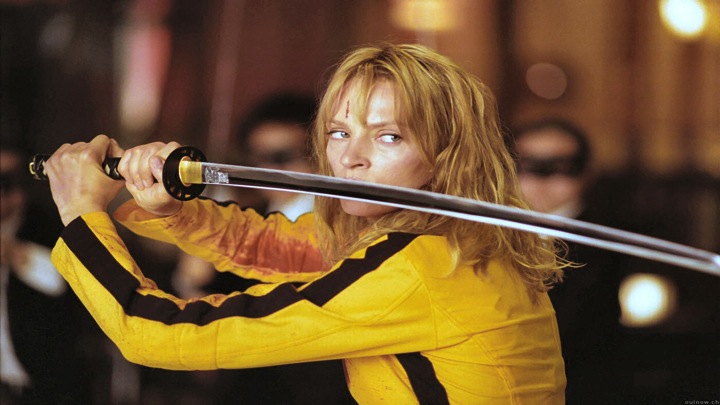 With filmmaking, the original reels of films were only 10-15 minutes long, and if a filmmaker needed to film a longer story, there would be a literal fade to black, and each segment, or act of the film would need to stand on its own. From this, we get the sequence approach. 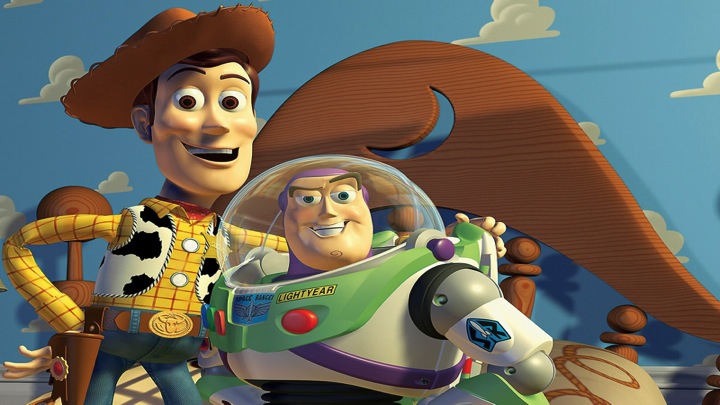 One of my favorite movies is Toy Story, I remember seeing it when I was 12 years old, and falling in love with not only the characters, but the story. Let’s dig into the sequences, and see how the story comes together. 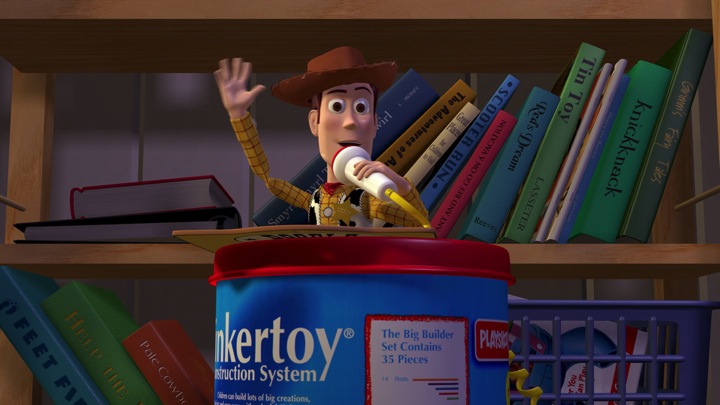 The first sequence is all about exposition, learing who the characters are, and establishing the initial conflict; Andy’s birthday and the fear of being replaced as the favorite toy. Woody, takes the role of the protagonist to calm all the toys. 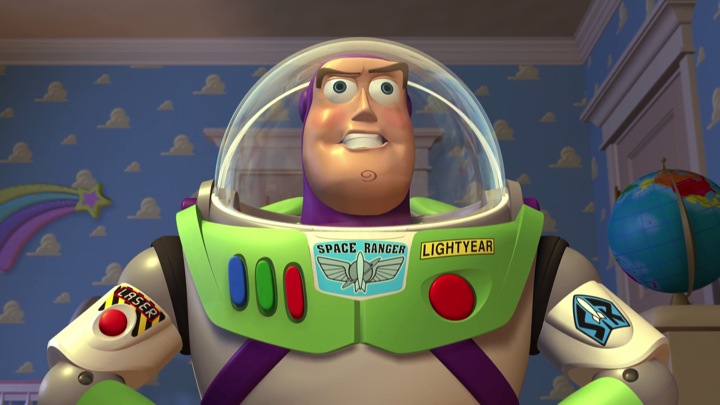 Buzz arrives, and Woody spends the next six minutes of the film  unified in his resolve to assert his superiority over Buzz, an issue that didn’t exist before. The sequence ends with a dangling clause, “You’ll see. In a few days time, everything will be the same. I’m still Andy’s favorite toy.” 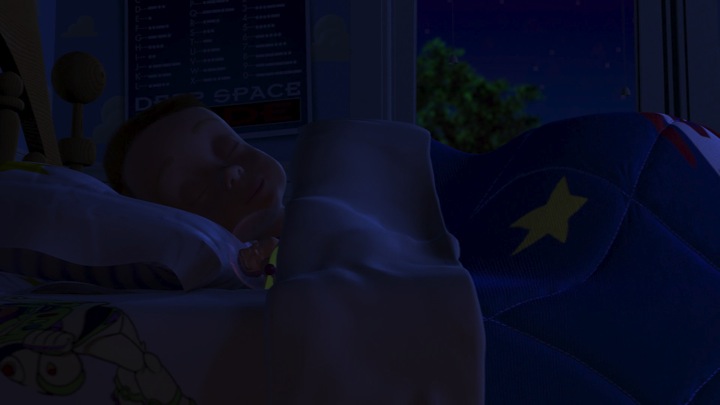 With the end of act two, we are catapulted into the second act, and the dramatic tension is set, will Woody be able to reclaim his place at th top? 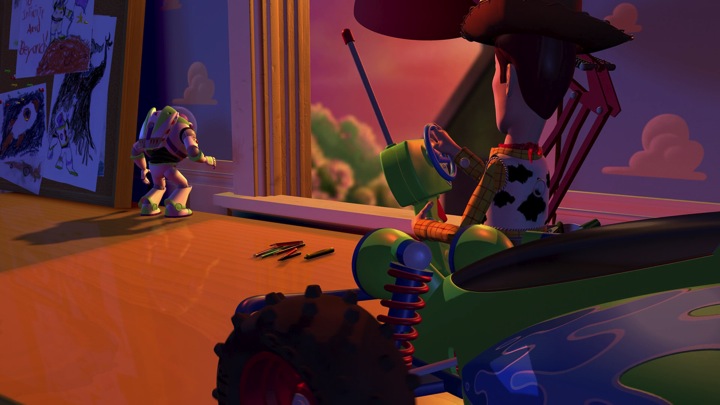 The third sequence allows the protagonist the first chance to solve a problem, but often, ultimately fail. This is the case as Buzz raises in popularity, Woody follows with both verbal, and a physical attack that pushes him out of the window by mistake. 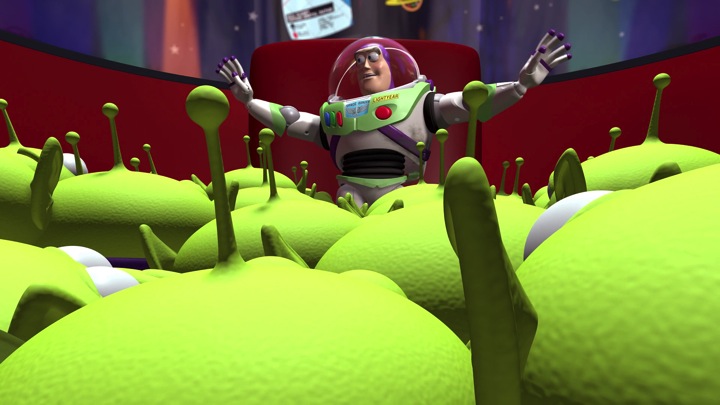 After ending up at Pizza Planet, the goal is the same for Woody in the fourth sequence, get Buzz back home, and clear his name. The overall objective, regaining his position with Andy is still there, but he now faces the anger of Buzz, and the difficulty of getting home. 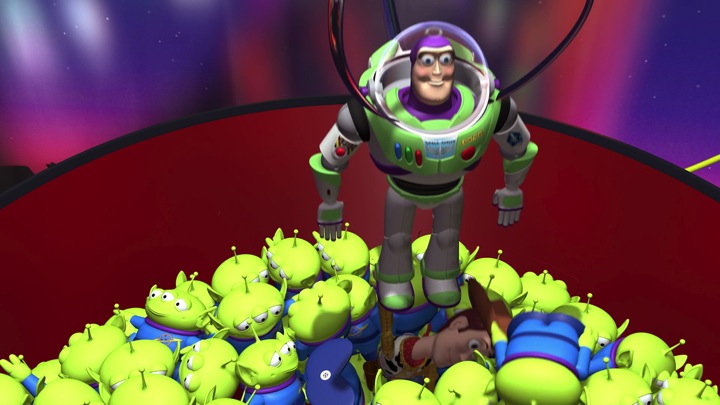 At this juncture, the skill of the story tellers is on display, as both the protagonist and antagonist are bound together. In fact, the protagonist is put into the difficult situation of getting the antagonist — the one person on earth he likes the least — to cooperate with him. 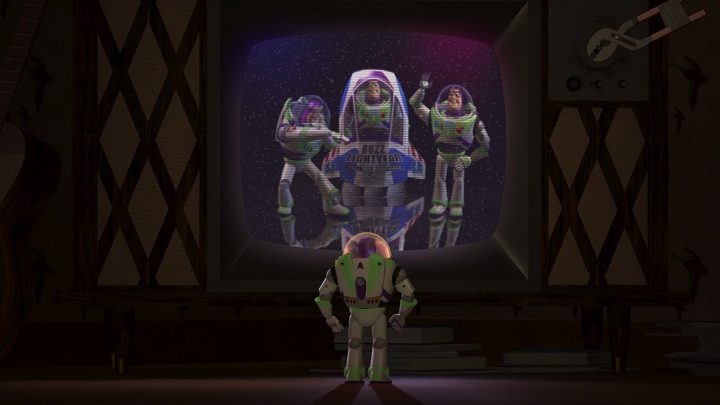 Now the fifth sequence begins with another dangling clause. Woody states, You guys don’t get it: Once we go into Sid’s house, we won’t be coming out. This sequence also leads to the major culmination of Buzz’s arc. He see’s a commercial where it is reinforced that he is in fact a toy… This sets in a great deal of disillusionment that Woody seeks to rectify. 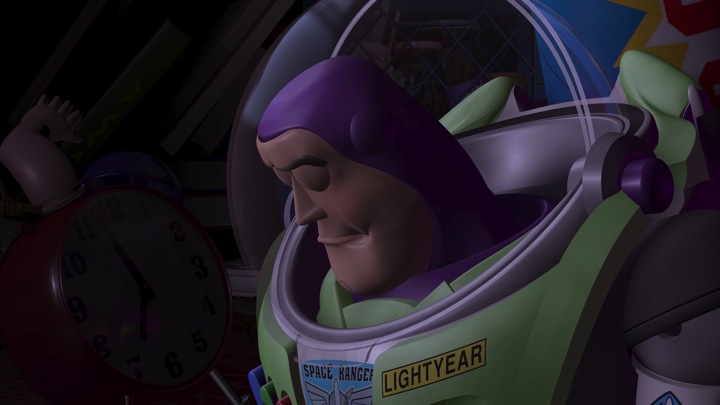 In the sixth sequence, and last of the second act, Woody attempts to revive Buzz’s spirits, but winds up trapped with Woody strapped to a rocket. This is the final culmination of the film, Woody is trapped, and Buzz is doomed. 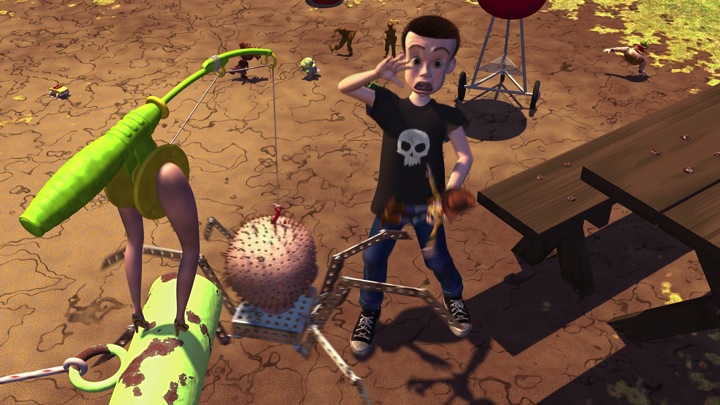 In the seventh sequence, and beginning of the third act, Woody no longer desires to suppress Buzz as Andy’s favorite toy, and the tension shifts. The objective, can they carry out Woody’s plan? And when successful, can they get back to Andy before the moving van leaves? 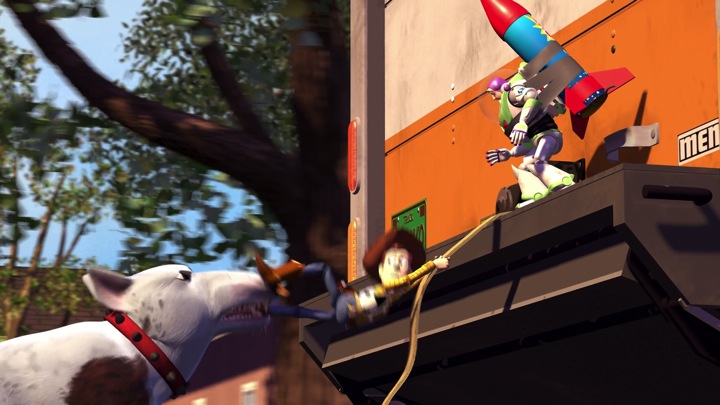 The climatic chase to get in the moving van finishes the movie, the third act, and the final sequence. The premise has been carefully setup since the beginning of the film, they need to get back into the car if they want to see Andy again, and that they do. 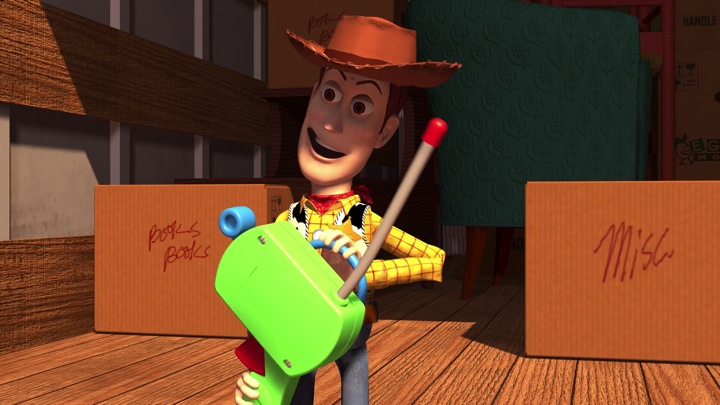 It’s interesting to note here the full transformation of the characters, Buzz leaps of the truck to save the life of Woody, the person that sought to take his own live just a few sequences prior, and the RC car that was the instrument in making that possible, before is now the tool to aid in his recovery. 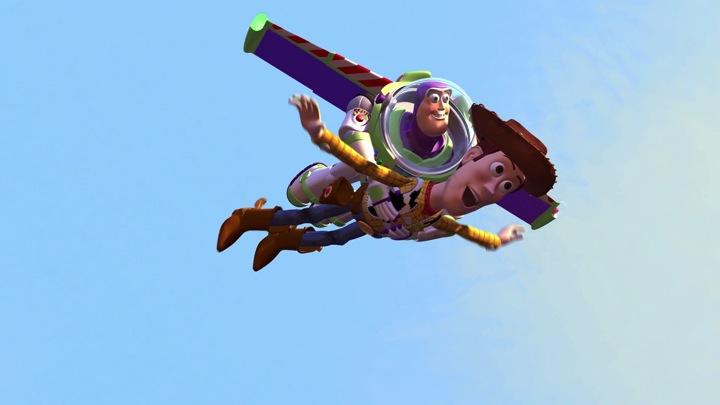 The final payoff is when the match blows out that would allow propulsion, Woody uses Buzz’s dome to light the match, and both literally and figuratively, they both explode, taking off over the truck, and landing in the car with Andy. The only implied tension left is that the Buzz and Woody are still toys, and they go back to their frozen state next to Andy. 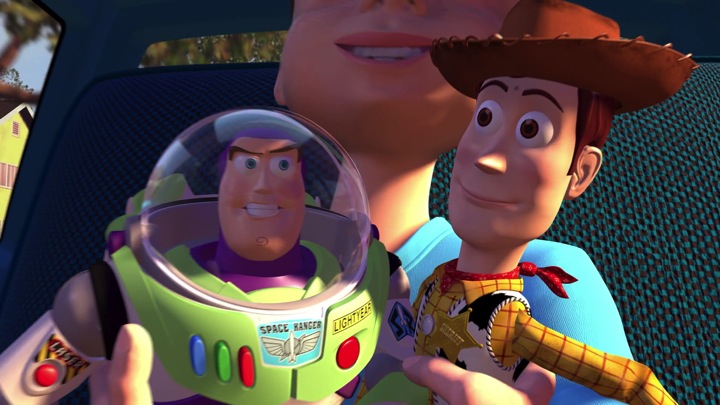 And that’s Film Production Analysis, the Sequence Approach to Screenwriting.